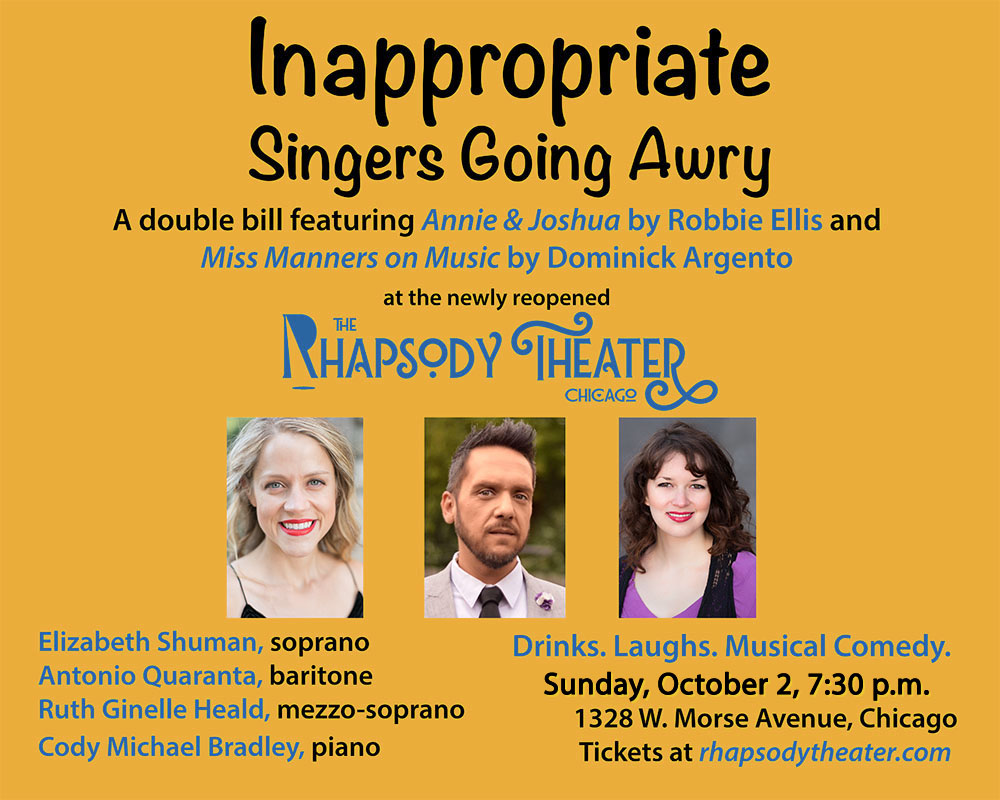 Annie and Joshua official Teaser Summary:
Joshua, a hotel bellboy, proclaims his over-the-top devotion to Annie, a hotel receptionist way out of his league. It’s unrequited love on the late shift until it becomes a marriage of two sleep deprived minds.

Miss Manners on Music:
Brush up on the do’s and don’ts of proper music event etiquette with this witty work by Dominick Argento, based on the real-life responses of advice columnist Judith Martin, fondly known to her readers as “Miss Manners.”